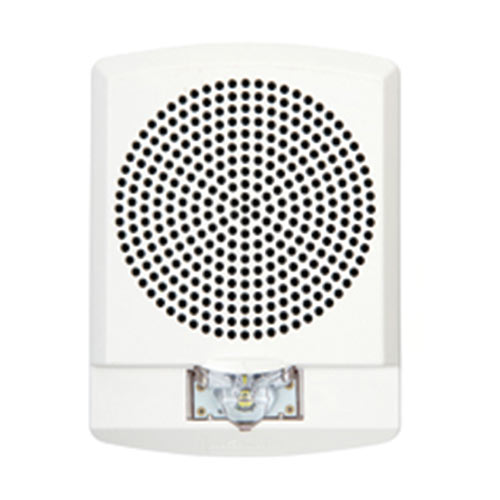 With the Exceder LED 520 Hz low frequency sounder strobes, organizations can now meet both sleeping room codes - NFPA 72 and NFPA 720 - with one device, which features two different sound patterns, T3 for fire detection and T4 for CO. The low frequency sounder strobes can replace a facility's existing appliances, utilizing the same single pair of wires that are currently installed, offering a simple retrofit to meet new codes for sleeping rooms.

The Exceder LED low frequency sounder line features multiple 520 Hz modes of operation: T3, T4, Continuous, and T3/T4. When the device is set to T3/T4, the appliance can switch from T3 to T4 based upon the condition sensed by the fire alarm control panel.

Like the entire Wheelock Exceder LED product line, the models feature one of the industry's smallest footprints and a sleek, modern, low-profile design. The low-frequency sounder strobes will utilize a light emitting diode as the light source, resulting in best in- class efficiency that enables material and system cost savings, allowing for a greater number of appliances on the notification appliance circuit and fewer power supplies. Low and high candela strobe models meet the 20 millisecond light pulse duration requirements of the 2016 edition of NFPA 72. LFHSK3 strobe models include a 110 candela setting, and LFHSH3 strobe models include a 177 candela setting.