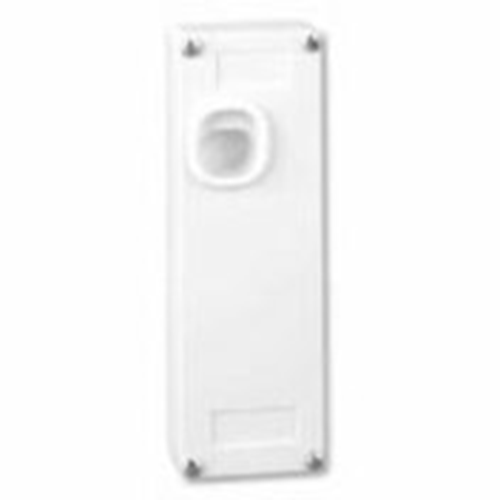 The 5869 Hold-Up Switch/Transmitter is a finger-operated RF transmitting device. It is typically mounted under a counter or money draw for inconspicuous operation. When the transmitter is activated, it emits an RF signal to the receiver. The security system control panel sends a burglary alarm to the central station when a RF signal is received from an enrolled Hold-Up Switch/Transmitter.

Package Contents
Have questions? Give us a call.