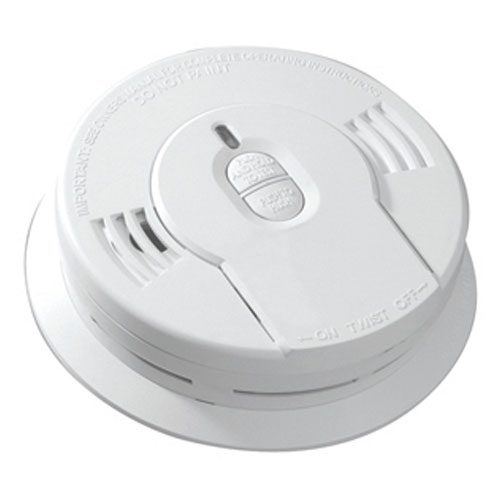 The Kidde i9010 is a 10-year, sealed battery, ionization, smoke alarm with Alarm Memory and HushTM feature. The innovative design of this alarm's automatic activation is unlike any other smoke alarm. The i9010 alarm will automatically activate when it is attached to the mounting bracket; there are no pull-tabs, no switches, everything is automatic. At the end of the alarm life, the unit will chirp, indicating the alarm is in need of replacement. The customer can use a simple tool such as a screwdriver to deactivate the unit, stopping the low battery chirp and making it safe for disposal.

The sealed-in board-mounted battery will power the i9010 unit for its complete 10-year life. No replacement battery will ever be needed.

At the end of the alarm's 10-year life, deactivation of the alarm is just as easy. Using a tool such as a small screwdriver, a deactivation switch removes power from the alarm and renders the battery safe for disposal. The alarm lockout feature mechanically prevents a deac-tivated unit from being mounted back on the mounting bracket